The Association for Psychological Science named Dr. Steven Proctor, founder of PRO Health Group, a 2018 ‘Rising Star’ for his noteworthy contributions to the field of psychology. Dr. Proctor’s research focuses on evaluating and improving addictions treatment outcomes in naturalistic or “real world” settings. The Association for Psychological Science's distinguished ‘Rising Star’ designation recognizes outstanding psychological scientists in the early stages of their research career, whose innovative work has already advanced the field and signals great potential for their continued contributions. 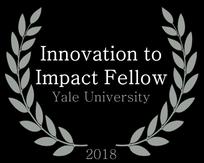 Dr. Steven Proctor was one of only 23 research scientists selected from a pool of applicants across the country and offered a position in Yale University’s inaugural Innovation to Impact entrepreneurship fellowship training program for addictions treatment researchers. Innovation to Impact at Yale—which is funded with a $1.25 million grant by the National Institute on Drug Abuse—was developed to speed to market innovations that can directly address addiction, including the current opioid epidemic. The training program supports innovators with the goal of empowering substance use scientists to translate their innovations from the research laboratory to the “real world.”

Dr. Steven Proctor was named a Kentucky Colonel by the Governor and Secretary of State of the Commonwealth of Kentucky for his record of service and achievements in the treatment of those struggling with addiction and mental illness. Kentucky Colonel is the highest honor bestowed by the Commonwealth of Kentucky, and colonelships are commissioned for an individual’s contributions to his or her community, state, or country.

The American Society of Clinical Psychopharmacology (ASCP) honored Dr. Steven Proctor as a New Investigator Award recipient at its national annual meeting in Miami Beach, Florida, where he presented on the findings from his research. According to the ASCP Steering Committee, the New Investigator Award program recognizes that the vitality and success of most endeavors in medicine are directly related to the ability to attract and maintain a talented pool of promising early career clinical investigators.

Dr. Steven Proctor was awarded a Young Investigator Travel Award from the National Institute on Drug Abuse (NIDA) to attend and present the findings from his research at the 49th Annual Conference of the American Society of Addiction Medicine (ASAM) in San Diego, California. This competitive award provides 5 days of intensive training experiences for promising young investigators in the area of drug addiction and infectious disease research, through conference fellowships at the ASAM Annual Conference. 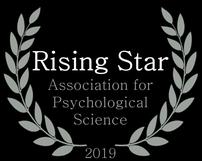 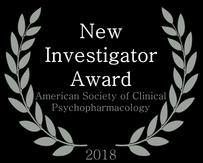